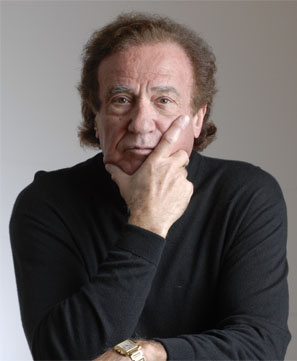 What drives an individual to become an artist?
Is it vision? Is it passion? Is it inspiration? Is it destiny?
For George Andreas, it was all of these things and more.

Born in 1938 in Athens, Greece, George Andreas would go on to become one of the most visionary and prolific expressionistic artists of the 20th Century. In many respects, he was shaped by classical Athenian ideals—he was an intellectual, philosopher, historian, writer and athlete. But above all, he aspired to become an artist. 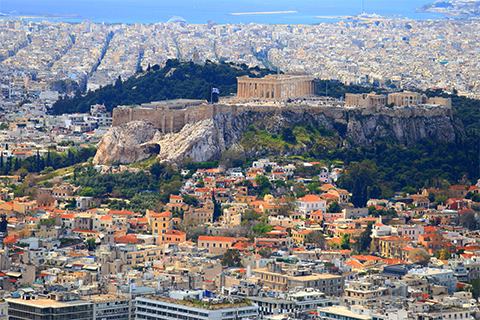 As a boy Andreas, and his family, had survived the occupation of the Nazis and the post-war turmoil and chaos that followed. At the age of 14, the gangly youngster sought out the renowned portrait artist, Konstantine Artemis. Learning his craft at the foot of the gruff and demanding master, he started out as little more than an errand boy–grinding pigments, setting rigs, and mixing paints. However, Andreas’s perseverance, determination and work ethic would pay off. Eventually Artemis saw promise in the young boy’s work, and took him under his wing as an apprentice.

Throughout his teens Andreas honed his craft, studying every aspect and following the guidance of his mentor. However by the time he was 18, it was becoming evident that the brilliant young man was beginning to surpass the master. More importantly, Andreas began to outgrow the rigid, centuries old constraints of portraiture and landscape. Although he had been classically trained, Andreas’s passion wasn’t to simply reproduce the subjects in front of him, but rather to “reinterpret” them… to peer into their souls. Like other great expressionistic and abstract artists, George Andreas set off on a visionary artistic path that would be all his own. 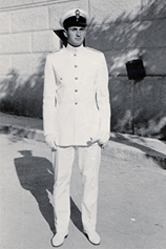 In 1957, Andreas entered the Greek National Military Academy. The strapping young lieutenant, who now stood well over 6 feet, was posted to the mountains of Northern Greece. Taking up rock and mountain climbing, he was able to behold some of the most beautiful vistas on the planet, viewing them from unique perspectives few ever see. The young artist created works that combined both realistic and abstract elements. “For me,” he said, “landscapes are like a living object.” Over the next several years, the officer also became a scholar, studying Philosophy and Human Behavior at the University of Salonika. His travels would also take him across Europe, including Paris, the center of the 1960s art world. There he became part of a circle of talented young artists, musicians, writers and poets.

By the end of the 1960s Andreas was becoming disenchanted with the shifting political winds of his country. In 1967, he set his sights on the United States and the emerging New York impressionistic and abstract art movement. “In Greece, when you are talking history, something 400-years-old is not history yet,” he said. “In New York a month-old subject is history already.” 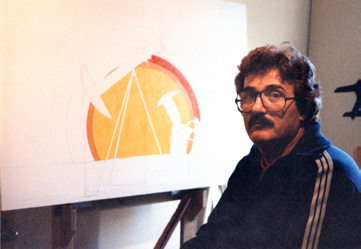 It was a time of growth, energy, excitement and celebration for the talented artist as he shaped a bold new artistic style. While it took a few years to become fully confident and satisfied, he would produce numerous works that were praised by his contemporaries and the critics in equal measure. His standing and celebrity within the art community would only continue to grow.

However, even when he was reaching new heights within the New York art world, George Andreas made the conscious decision to take on the business world. The artist became the entrepreneur. Moving to Washington, DC, he embarked on a career in the premium luxury automobile industry. Perhaps to no one’s surprise, George Andreas became hugely successful in business. 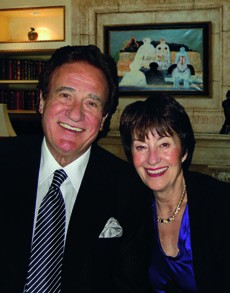 Even as Andreas was amassing a fortune in business, he continued to paint. In fact many of his most powerful and popular works were created during “The Washington Years” (1979-1994). During that time he had several exhibitions, and he opened Andreas Galleries in prestigious Georgetown both to share his latest pieces with his patrons, and to expose the Washington, DC-area to important works being produced by artists from around the world. 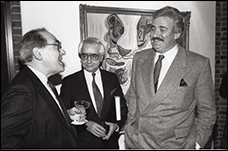 Throughout the 1990s, Andreas remained a force in the international art community. He was profiled, and his works were featured in scores of art publications in the US, Europe, and Asia. Serving as a faculty member for several summer programs, he and his esteemed colleagues held Master Classes in New York, Italy, and other countries. 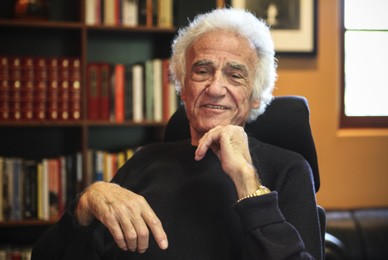 Ever the visionary, George Andreas continued to paint, sketch, and experiment right up to his untimely passing in 2013. In the early 2000s, he produced a collection of “Works on Paper,” which showcased more than 300 pieces ranging from quick sketches… to raw concepts… to preliminary studies that would be the foundation for major works. It provided a unique opportunity to glimpse the artist’s creative process. He also produced the “George Andreas Monographia,” a collection of signed and numbered high quality lithographs hand selected to represent a range of the artist’s different styles and themes.

During an interview he once said, “when I do my work – especially my latest work – conclusive work, I have to have great knowledge of art history and I have to conscious that I don’t duplicate ideas, that I don’t take ideas from modern art. That’s why I deliberately work in isolation. I don’t want to see other artists and what they do….It takes time – training time to go and try to do something totally original…You know artists smash the system. I have a similar set up…consciously I change.”

George Andreas never pursued the spotlight in the art world. Art was his passion rather than his vocation. And as such he was content to step back and let the work speak for itself. There were rarely descriptions accompanying pieces, and many went untitled because Andreas truly believed in allowing the viewer interpret for himself or herself. In this regard, it is expressionism in the purest of forms. It is perhaps because of this belief that George Andreas’ legacy and his place in the art world has mostly been left to others to shape.

Whether you are a student, artist, critic, art lover or just a casual observer, you are invited to view, experience and interpret the art of George Andreas.